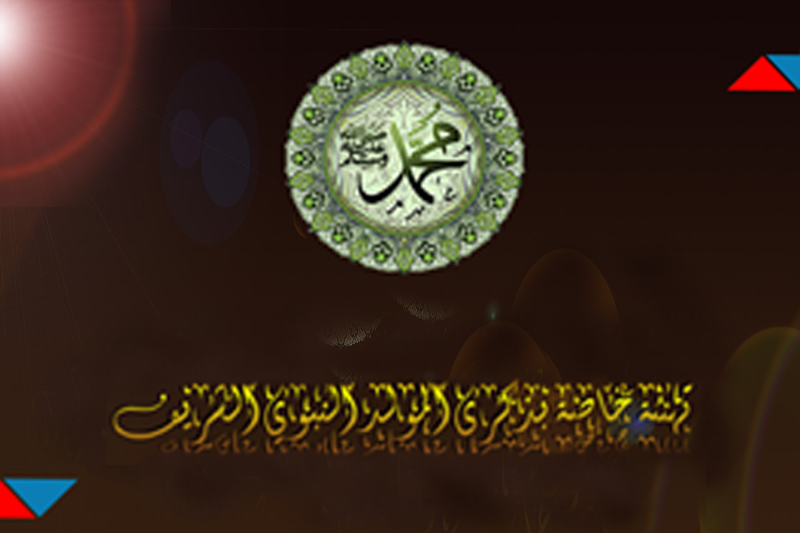 CONGRATULATIONS FOR THE ANNIVERSARY OF THE PROPHET'S BIRTHDAY

Mawlid or Mawlid al-Nabi al-Sharif (Arabic: مَولِد النَّبِي‎ mawlidu n-nabiyyi, "Birth of the Prophet", sometimes simply called in colloquial Arabic مولد mawlid, mevlid, mevlit, mulud among other vernacular pronunciations; sometimes ميلاد mīlād) is the observance of the birthday of Islamic prophet Muhammad which is commemorated in Rabi' al-awwal the 12, the third month in the Islamic calendar. The history of this celebration goes back to the early days of Islam when some of the Tabi‘un began to hold sessions in which poetry and songs composed to honour Muhammad were recited and sung to the crowds. The Ottomans declared it an official holiday in 1588, known as Mevlid Kandil.
Most denominations of Islam approve of the commemoration of Muhammad's birthday; however, some denominations including Wahhabism/Salafism, Deobandism disapprove its commemoration, considering it an unnecessary religious innovation (bid'ah or bidat). Mawlid is recognized as a national holiday in most of the Muslim-majority countries of the world except Saudi Arabia and Qatar which are officially Wahhabi/Salafi. The Mawlid observance is generally approved of across the four Sunni schools of law and by mainstream Islamic scholarship.

Mashreq University congratulates the Sudanese people, especially its employees and students, on the anniversary of the Prophet's Birthday