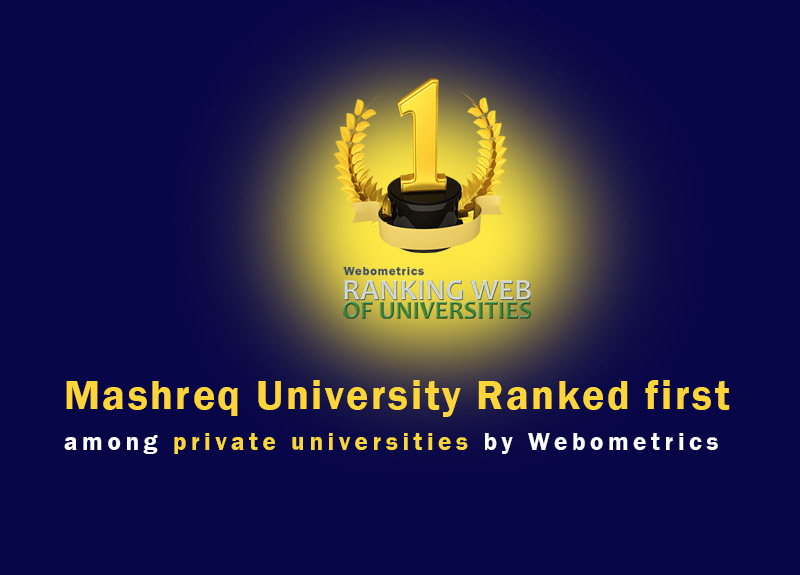 Mashreq University ranked first among private and community universities in Sudan by Webometrics Ranking of World Universities in January 2022. Webometrics Ranking of universities is considered one of the largest academic ranking of higher education institutions in the world, and it covers approximately 11,998 higher educational and research institutions worldwide. The ranking is published by a research group of the Spanish National Research Council (CSIC) based on three main criteria; the research standard (Excellence), which includes the number of research papers and reports published electronically, the (Openness) standard which is related to the number of citations, the (impact) standard, which depends on the degree of influence and spread on the Internet.