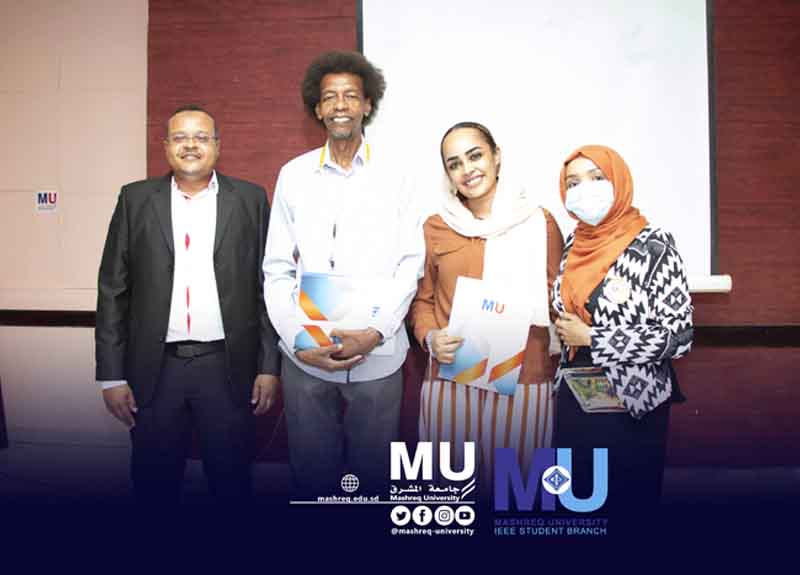 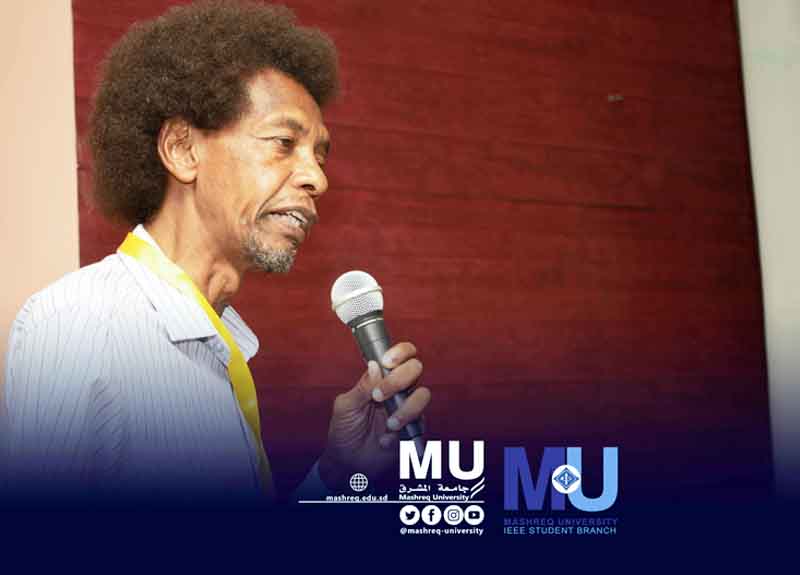 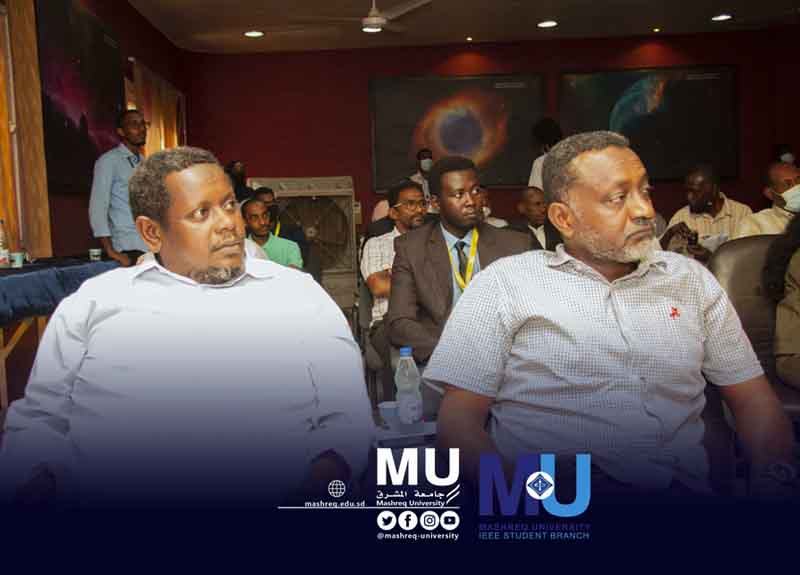 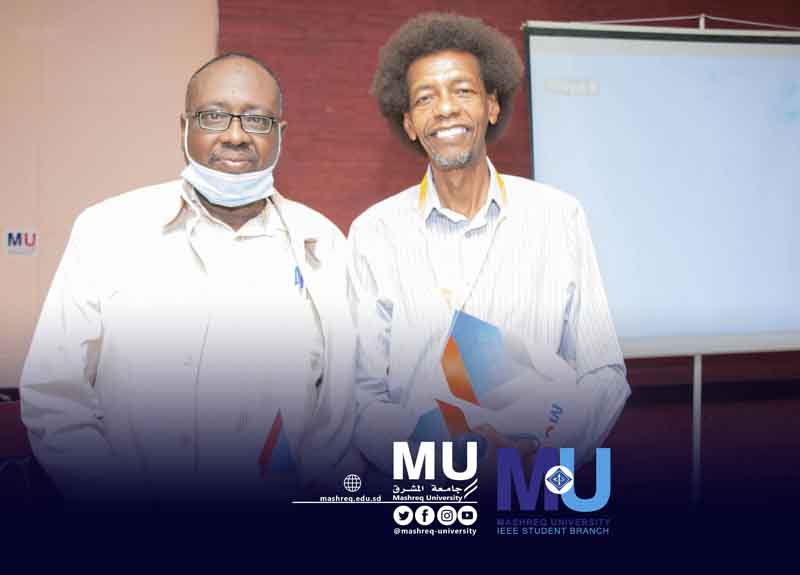 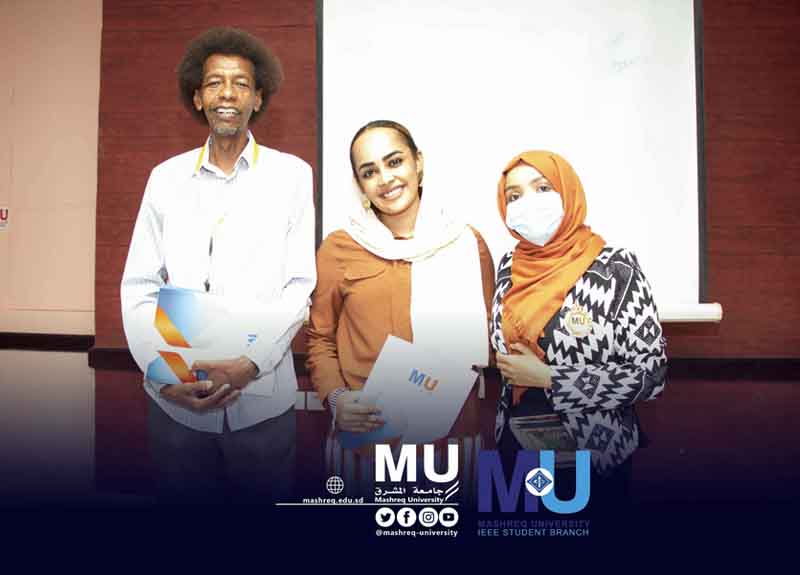 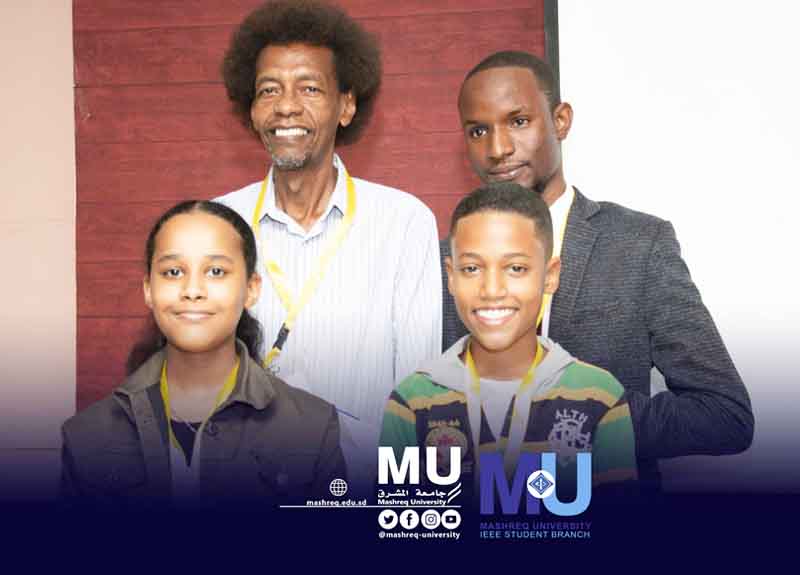 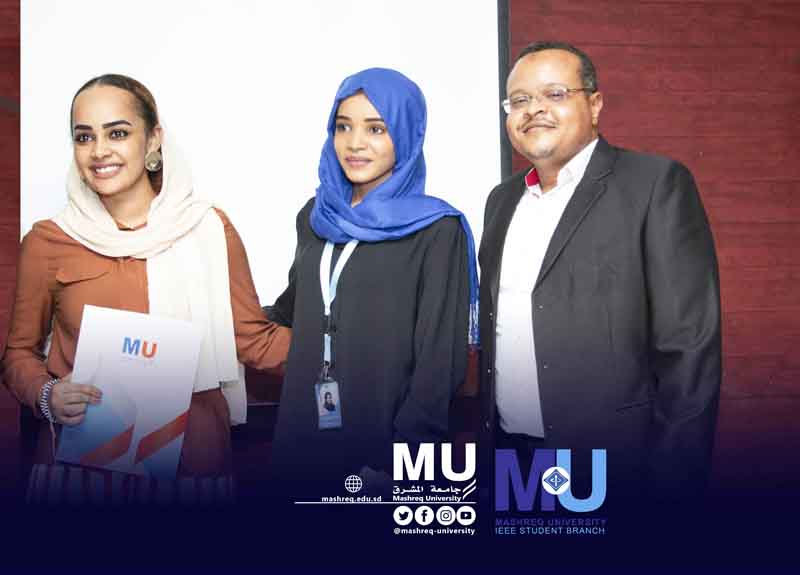 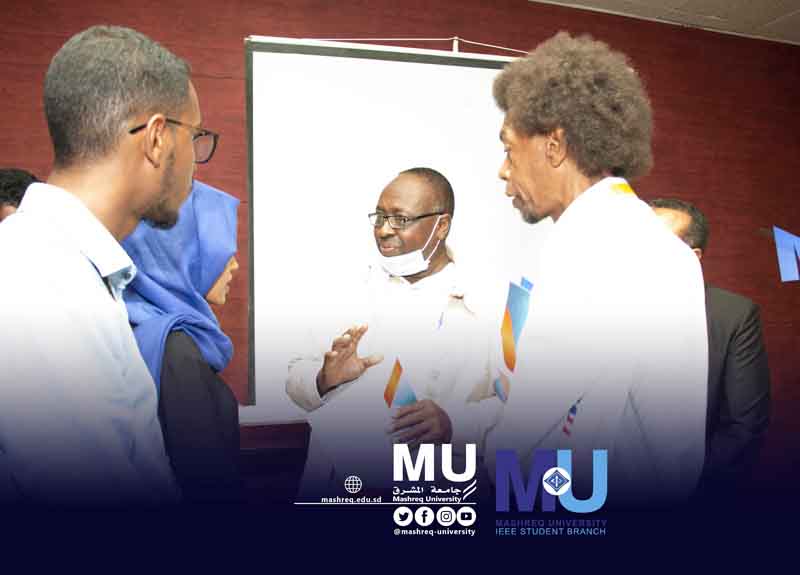 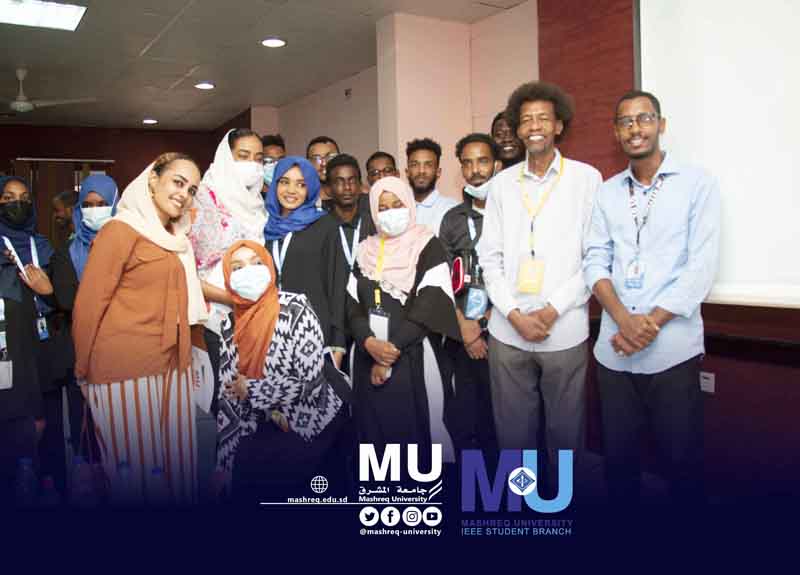 On Wednesday, corresponding to December 12, 2021, Mashreq University celebrated the inauguration of IEEE branch in the presence of Mashreq University Vice President, Dr. Nizar Hallab, Secretary of Scientific Affairs, Mr. Walid Othman, Dean of the College of Engineering, Dr. Fath Al-Rahman, Dean of the Deanship of Distant Education and the Head of the Communications Engineering Department, Dr. Ahmed Mohamed El Hassan, Dr. Essam El Din Ibrahim, Dean of the College of Computer Science and Information Technology, Dr. Kamal Al-Din Al-Khalifa and several other university professors and representatives from other universities. Professor Sharif lauded the accuracy of the organization and the distinguished presence of Mashreq University in all events, and considered the ICCCEEE event organized by Mashreq University in the year 2019 as the most successful in terms of organization and participation in scientific research.
Warmest congratulations to the family of the College of Engineering at Mashreq University, the organizing committee led by Engineer Walaa Faisal, and the rest of the distinguished team (which is represented by the students of the IEEE branch and the volunteer students) for presenting the event in an honorable manner worthy of the greatness of the occasion